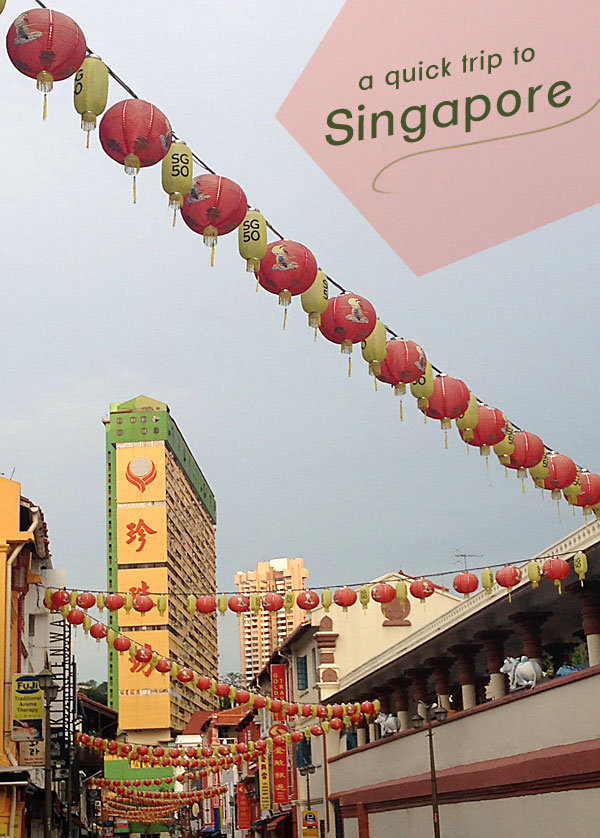 Hello friends!  I’ve been a little MIA for a bit and unfortunately it’s because I was sick yet again.  Long story short- more bacteria in my system, another hospital visit and now finally feeling healthy and peppy again.  My sickness forced me to push my scheduled trip back a week but I made it out of the country on Monday just before my visa expired !

I stayed in Chinatown because it was central to all my visa errands which I got done first thing on my first day- go me!   Chinatown was perfect for the solo traveler- block after block of hole in the wall food stalls and tiny restaurants and bars.  Not having much time for sightseeing, I kept my Chinatown antics to just eating and sleeping, but I did swing by the colossal Sri Mariamman Temple, apparently the city’s oldest Hindu temple.  But being on the hunt for coffee and breakfast meant I couldn’t stay for service, only stopped long enough to snap a couple photos.

Second on my agenda was Christmas shopping!  I had a long socks and underwear list so I looked for the closest Uniqlo.  I found one in Bugis Mall which is a five story mall that is connected by sky bridge to another giant mall- perfect!  Joel had recommended Arab Street to me for some more boutiquey, hip shopping so I dropped my mall bags and headed that way for browsing and dinner. 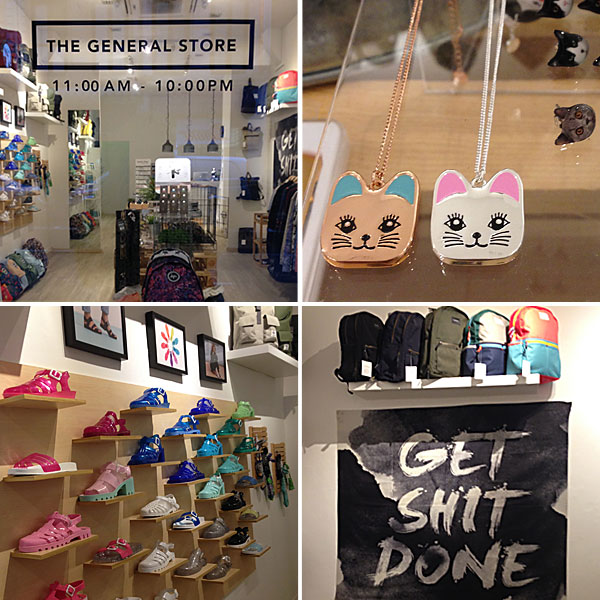 There were so many Mediterranean restaurants I was sad that I had to choose just one place to eat!  You never know how much you’ll miss hummus until there’s no hummus.  I ended up at a Turkish place eating juicy, roasted chicken over rice while enjoying a pretty grandiose view of Sultan Mosque. 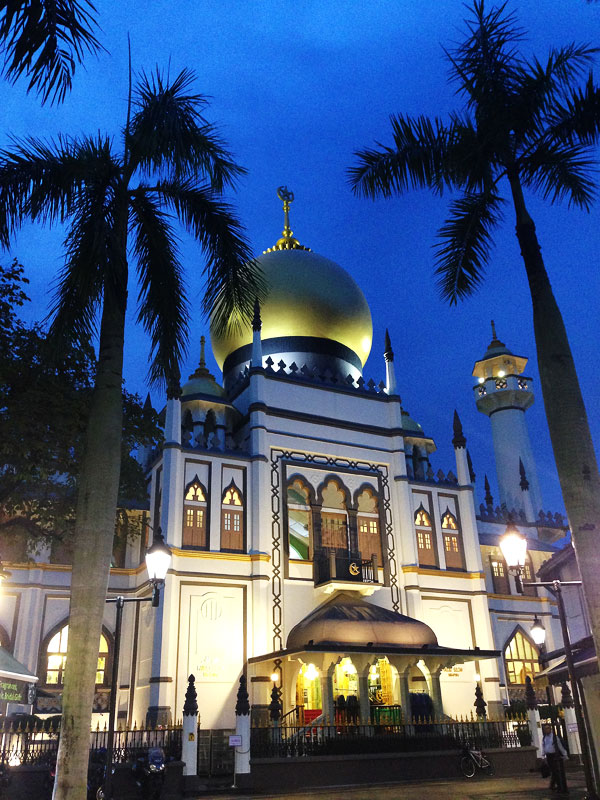 On Wednesday I flew out at 1:40 (direct flight- thanks Air Asia!) so I had the morning to take a stroll down Clark Quay Waterfront.  The colorful shutters and buildings along the waterfront were so dang cute! 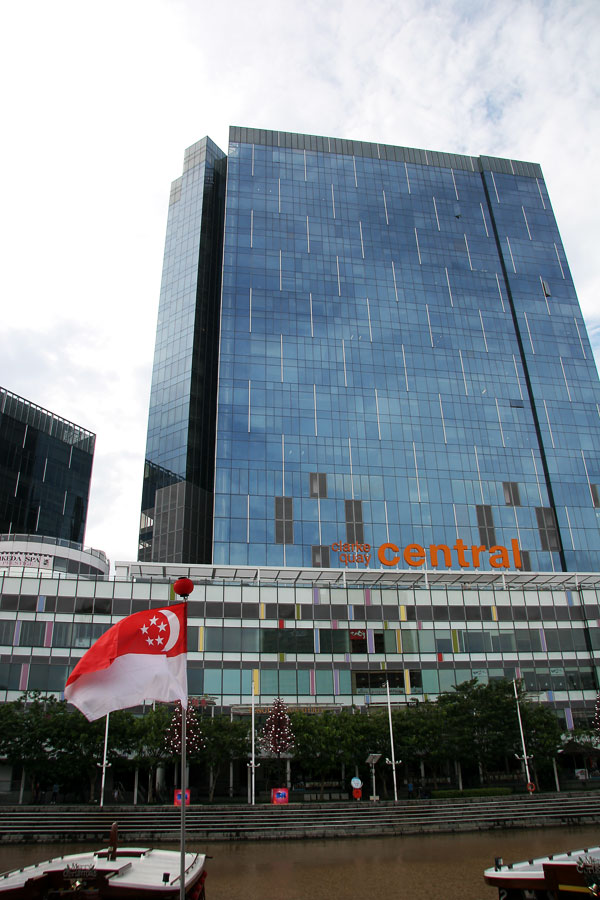 It was too early for any of the touristy spots to be open which made for a nice, quiet morning stroll.  The trees along the walkways were done up with Christmas lights and the office buildings had towering fake trees with ornaments.  There’s still a disconnect in my brain with this weather and the holiday season.  I can’t wrap my head around a 90 degree Christmas, but nonetheless the lights and trees were a good, festive push in the holiday direction. 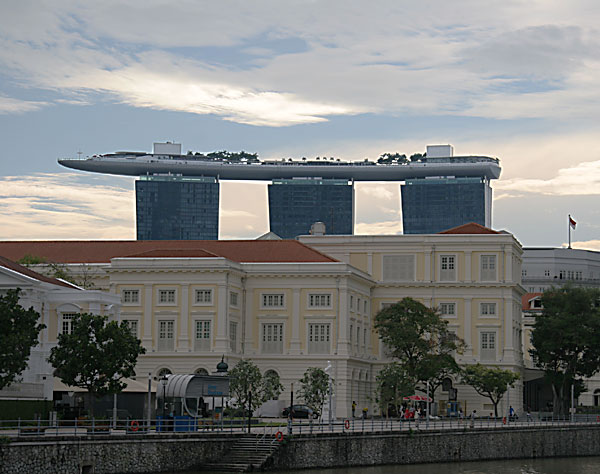 Sadly I didn’t make it to the Marina Bay Sands complex.  Photos from the SkyPark on top is definitely on my to do list for my next Singapore trip.  Being here only Monday night through Wednesday afternoon was just too short to see it all!  Living in the third world country like Indonesia means that you travel to places like Singapore for your higher end goods and services so trips are most often filled with errands, doctors and shopping lists.  Joel and I want to carve out some time next year to get here for some relaxation but with so many exotic places to travel our dance cards are looking pretty full. 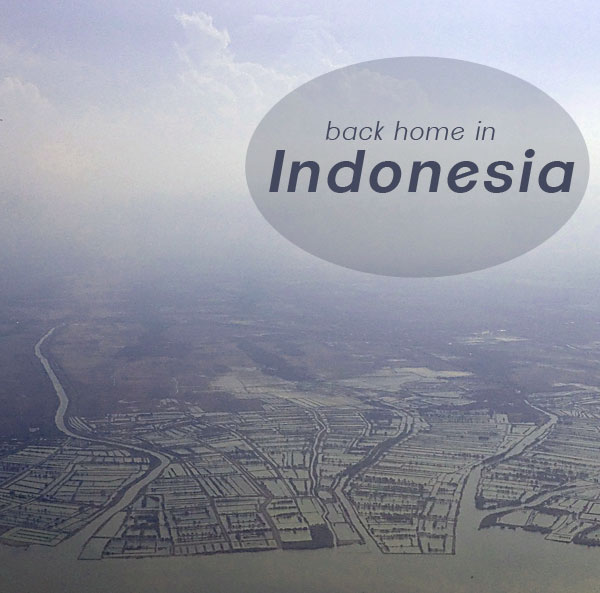 The excitement from my trip must have been contagious because by the time I got home Wednesday night Joel and I were already planning our next getaway!

One thought on “It’s Singapore time!”