We spent last weekend in a city called Balikpapan on the island of Borneo.  It was my first trip to an Indonesian island other than Java, where we live!

We left from Semarang airport which has only one tiny baggage carousel and no sky bridges- you just walk out onto the tarmac to board your flight.  Upon arriving at the Balikpapan airport we were shocked to be greeted by a giant, modern airport that looks a lot like the new Raleigh-Durham terminal.  Balikpapan’s largest industry is oil so I guess oil money builds nice airports.

We found a restaurant called Ocean’s and ate there twice because it was delicious and right on the water.  There were people sitting on the very end of this drooping pier during both of our meals but it didn’t look quite sturdy enough for me to venture out.

Joel and I were celebrating our anniversary so our goal for the weekend was some beach relaxation.  Indonesian beaches are typically pretty dirty so our hopes for a trash free beach are a tall order.

Our hotel, Le Grandeur, has someone comb the beach daily so there was a stretch that is moderately clean.  However, they pick up only directly in front of their building so you can still see giant piles of plastic bottles on one side and washed up debris on the other.  It’s sort of like if someone were to take great care in manicuring their lawn but then throw all their garbage in the neighbor’s yard- it doesn’t really help the overall ambiance of the block. 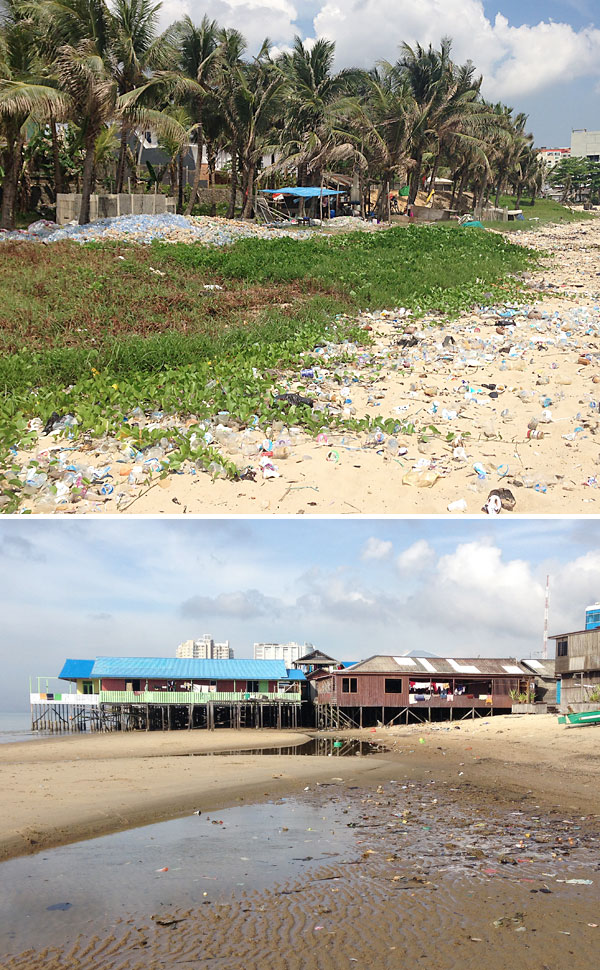 This view didn’t really have us running to the water for a dip.   But the rest of the hotel grounds were well maintained and the pool wasn’t too crowded so we took advantage of that. 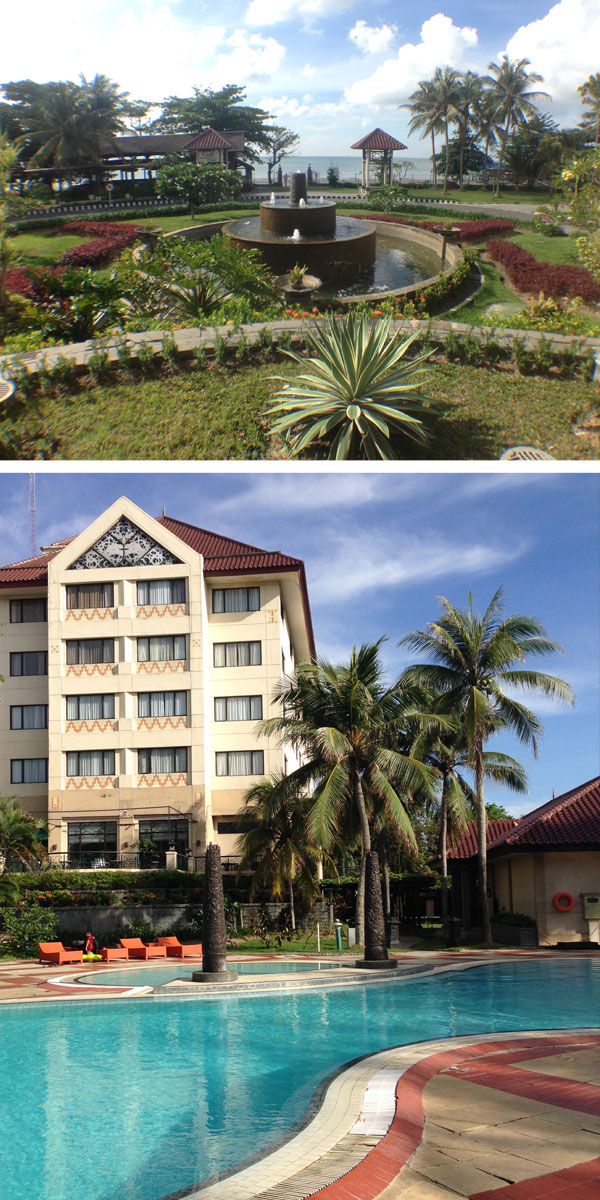 At the public beach on the other end of town we found a bigger, relatively clean area called Kemala Beach that was better for swimming.   There were lots of teenagers hanging out- boys skim-boarding and girls mostly taking selfies.

These little blue vans called angkots run throughout town- similar to a city bus.  They have a set route but you can flag them down and get in and out where ever you like and they only cost about $0.70 for both of us- very different than the city buses I’m used to in Seattle.  They also don’t have a door on the side which makes it easier for me to take photos of the scooters packed full of helmet-free kids! 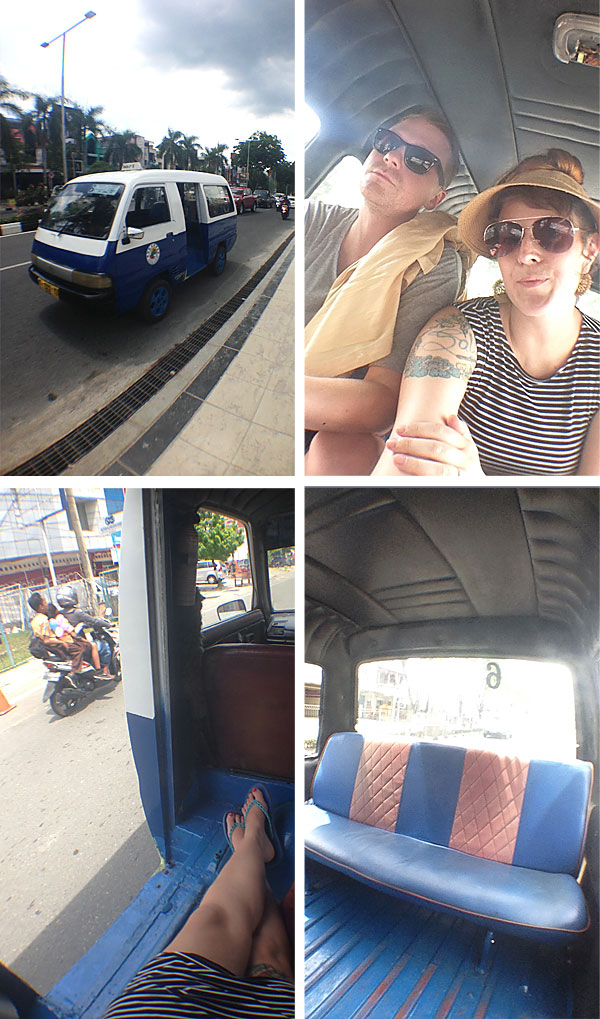 Saturday night we went to dinner another hotel called The Gran Senyiur.  Their restaurant is on the roof so you get views of the city, the coast and the oil ships off in the distance.   Here we are cutting up at dinner.

We had a monster lightning storm blow through just after dinner which was great fun to watch from the roof patio.

Our Lonely Planet guidebook recommended a place called Beach House Resto but it was a ways out of town so heading to the airport was a perfect opportunity to check it out.

We saved the best for last with Beach House Resto and we arrived early enough to get one of the coveted cabanas!  The beach was beautiful and clean and just a few meters away- a delightful view with delicious food.  We topped it all off with a banana split before taxiing to the airport.

All in all it was a lovely, little getaway.  We’d definitely like to get back to Borneo one day and do one of the wildlife tours.  I think we covered the city exploration this trip so next time we’re heading to the jungle!

One thought on “Weekend in Borneo”